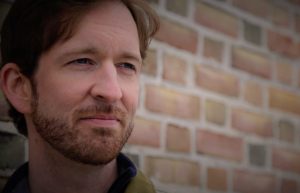 I’m Assistant Professor of American Studies and Folklore at Penn State Harrisburg. I study vernacular religion and supernatural belief, as well as the connections between so-called “folk” and “popular” cultures (distinctions which scholars generally agree are extremely problematic).

I received my PhD in folklore from Indiana University in 2016. My dissertation considered supernatural belief in contemporary Ireland, where I conducted ethnographic fieldwork and archival research focused on physical sites with supernatural associations. My research was inspired in large part by the work of storyteller Eddie Lenihan, who famously protested a highway construction project in County Clare which threatened to destroy a fairy tree.

My interest in the intersections of folk and popular cultures led me to co-edit, with Michael Dylan Foster, The Folkloresque: Reframing Folklore in a Popular Culture World (Utah State UP, 2016). My contributions in that volume centered on portrayals of folklore and folklorists in the horror video game series Fatal Frame, and (in a co-written chapter) on the Harry Potter universe. A related interest in digital culture–and an abiding love of horror and the supernatural–prompted an engagement with the popular Internet meme Slender Man.

I teach graduate seminars on folklore & new media, ethnography, and digital ethnography. My undergraduate courses include a survey of religions in the United States, a course on digital approaches in the humanities, and a perennially-popular class called History of Monsters, Aliens, and the Supernatural.

Outside of academia, I’m an avid gamer, horror and LEGO fan. I blog about horror and write film and literature reviews for a horror website. My workspaces at home and on campus are covered in LEGO minifigures. I’ve lived in the US, Ireland, Argentina, and Japan.